The City today 10 October 2017 renewed its call to residents to refrain from giving handouts directly to street people.

This, below, was the key message during an event to mark World Homeless Day, hosted by the City of Cape Town in partnership with Oasis ‘Reach for Your Dreams’. 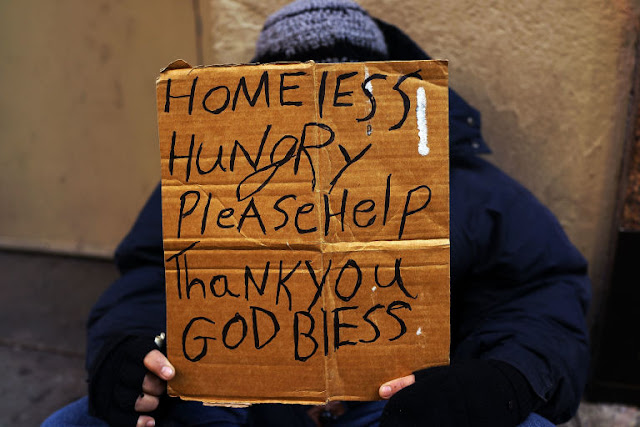 The City today 10 October 2017 renewed its call to residents to refrain from giving handouts directly to street people.

This was one of the issues discussed at an event to mark World Homeless Day, attended by more than 100 street people.

The event was hosted by the City’s Social Development and Early Childhood Development Department, in conjunction with non-governmental organisation, Oasis ‘Reach for Your Dreams’. Also in attendance were other NGOs, the Department of Home Affairs and the South African Social Security Agency.

World Homeless Day is now in its seventh year. It aims to highlight issues affecting homeless persons as well as the role communities can play in responding to homelessness.

Why is is bad to hand money to street people?

‘We are constantly reminding residents about the harm in giving money directly to street people. While they may think they’re doing a good deed, in reality it only discourages street people from accepting social services. Giving money perpetuates chronic homelessness as well as various other social issues. The City has a number of programmes to help street people, but we can reach far more people in a more meaningful way if the public support the interventions that will assist with reintegrating and helping street people rather than giving handouts that are nothing more than a plaster on a wound requiring far greater care.

What Should You Do With Your Donations Rather?

‘Often the donations obtained on the street will actively prevent reintegration. While members of the public will complain about the structures erected and activities undertaken by street people, they will often also continue to incentivise such behaviour through donations directly to the street person while forgetting about the person who leaves the street to return home or moves to a shelter. The City therefore encourages people to donate directly to the NGOs working with street persons to ensure that we support street people that attempt to rebuild their lives off the street,’ said the City’s Mayoral Committee Member for Safety and Security; and Social Services, Alderman JP Smith.

The City has a dedicated Street People Unit that provides a range of services including:

‘While the Street People Unit is doing good work, it cannot operate in isolation and so we rely heavily on other role players like the NGO sector, the City improvement districts and the Western Cape Government to augment our interventions. Building transversal relationships within the City but also with external partners is critical to our Organisational Development and Transformation Plan, but also breaking the mould in how we address issues of homelessness,’ said the City’s Mayoral Committee Member for Area South, Councillor Eddie Andrews.

During the 2016/17 financial year, the Street People Unit responded to nearly 15 000 complaints about street people and successfully offered assistance to more than 2 600 individuals. The Reintegration Unit reunited 82 persons with their families during this period.

What Happens to a Client That Accepts Help From The City?

Once a client has accepted offers of social assistance, they are relocated to a shelter temporarily while the reintegration officer establishes whether the client can be reunified with their family and identifies additional needs of the client in respect of other services like healthcare, substance abuse interventions or access to grants and other social services.

‘We need to take the long view on this and move away from the perception that law enforcement is the be-all and end-all solution. The reality is that our Law Enforcement Department’s powers are fairly limited and their interventions serve only to displace the problem. The criminal justice system has weaknesses that make law enforcement particularly ineffectual in responding to complaints about by-law transgressions by street people. While we are engaging national government to remedy these criminal justice system shortcomings, we also maintain that social development interventions are more effective and more appropriate than an enforcement approach to homelessness.

‘Social intervention, though time consuming, is ultimately how we will reduce the number of people living on our streets. But again, I remind residents that it’s futile to complain about the presence of street people in your neighbourhood or public open spaces while enabling the behaviour through handouts,’ added Alderman Smith.

Note to broadcasters: audio clips are available for download
For English: https://soundcloud.com/ct-media/101017-smith-world-homeless-day/s-XnQ5o